Illegal wildlife trade is a serious issue that greatly impacts global biodiversity. Despite greater awareness, the trade still continues. According to a 2016 approximation by the United Nations, illegal wildlife trade amounts to about 9.5 to 31.2 billion SGD every year, making it the fourth largest illegal trade globally.

From 1998 to 2007 alone, about 35 million species were traded from Southeast Asia. These included 17 million reptiles, 1 million birds and about 400,000 mammals, along with others. 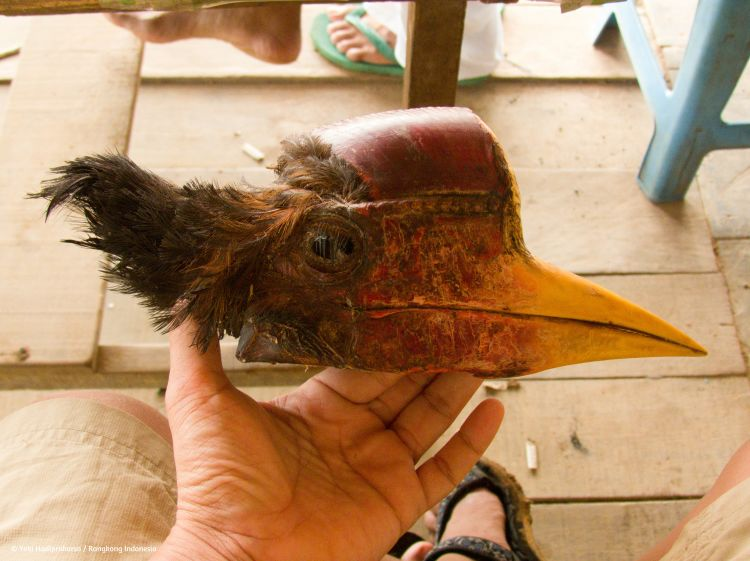 Furthermore, these figures may be underestimations of the actual numbers that are illegally traded. This is due to the nature of trade itself (being hard to track), leading to many unreported seizures and misreports because of corruption and ambiguous systems.

Why does the illegal wildlife trade in Southeast Asia still continue at such large scales today?

A history of highly organised criminal networks continues to serve its purpose today, and with the advent of online criminal networks, the efficiency and ease with which wildlife is illegally traded has significantly increased. Weak legal action taken by governments and the poor monitoring of markets has led to a lack of sufficient deterrents, exacerbating the issue. With increasing populations and sustained superstitions about animal products, demand has also increased drastically.

Illegal wildlife products in Southeast Asia are mostly used as food, traditional medicine, pets, and collectibles. Although there is a great diversity of products and target animals being poached and traded illegally, here are some of the most commonly exploited in Asia. 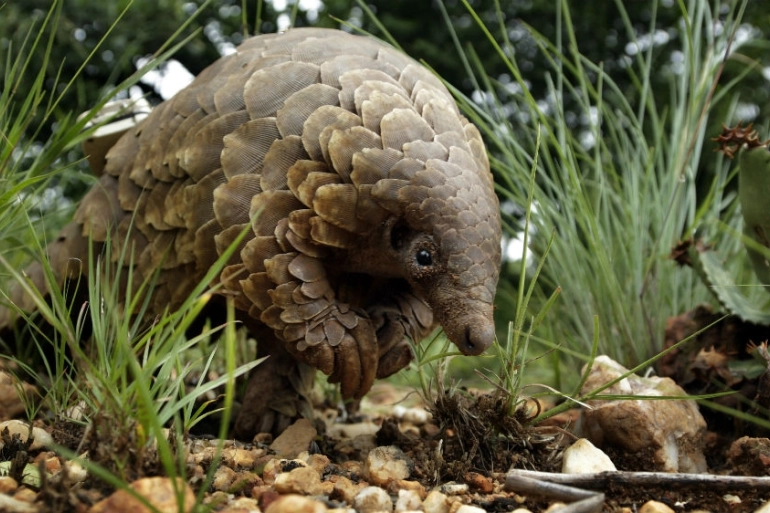 They are the world’s most trafficked mammals. A study by TRAFFIC showed that in recent years, 900,000 pangolins were illegally traded internationally, with a significant proportion of this trade connected to Southeast Asia.

It is a symbol of wealth for many cultures, and used extensively in traditional medicine. Due to this, demand for their scales and body parts are extremely high. They are mostly poached in Asia and Africa, and the most targeted species are the Sunda Pangolin and Chinese Pangolin. 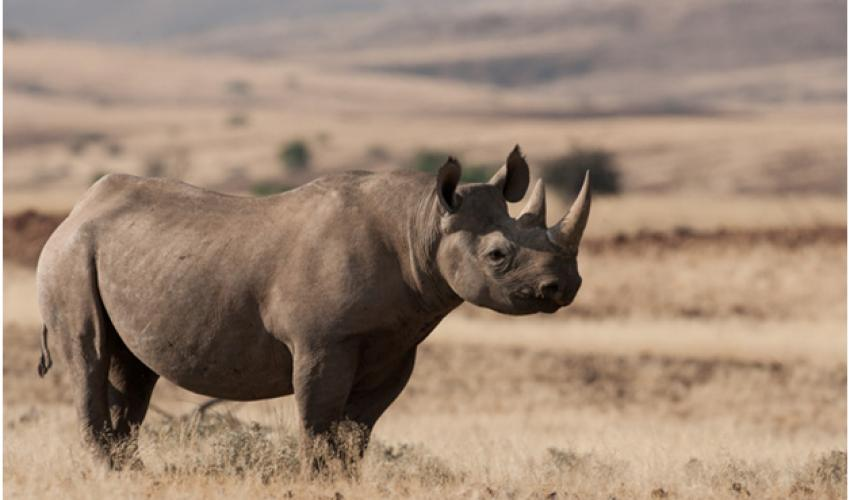 Black and White Rhinos once roamed almost all of Africa, but years of uncontrolled poaching has led to their devastating decline. Watch this video to find out more about the trade, why they are targeted and some approaches taken to protect them. 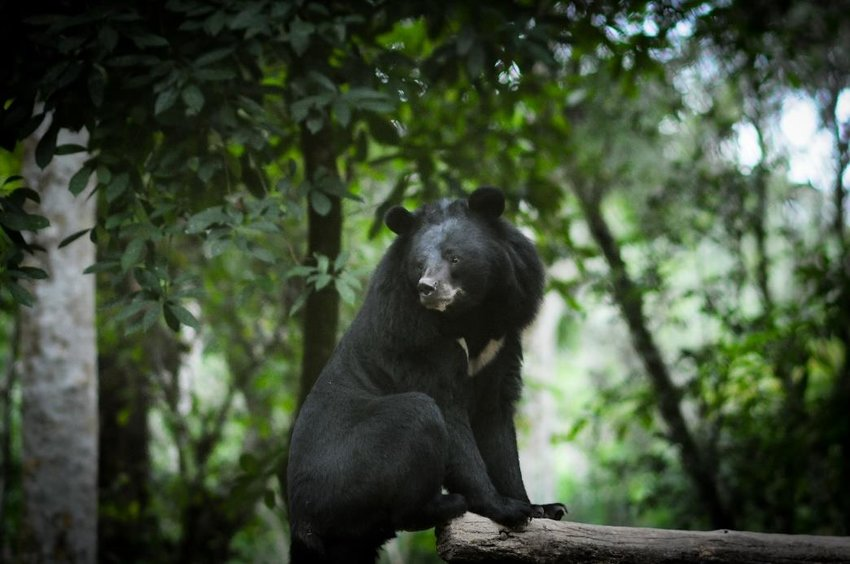 Despite their large size, they are still targeted for their bile and meat in Asia. The expansion of this trade has led to the Asiatic Black Bear and Sun Bear being threatened with extinction, since they are the most popularly targeted Asian bears. 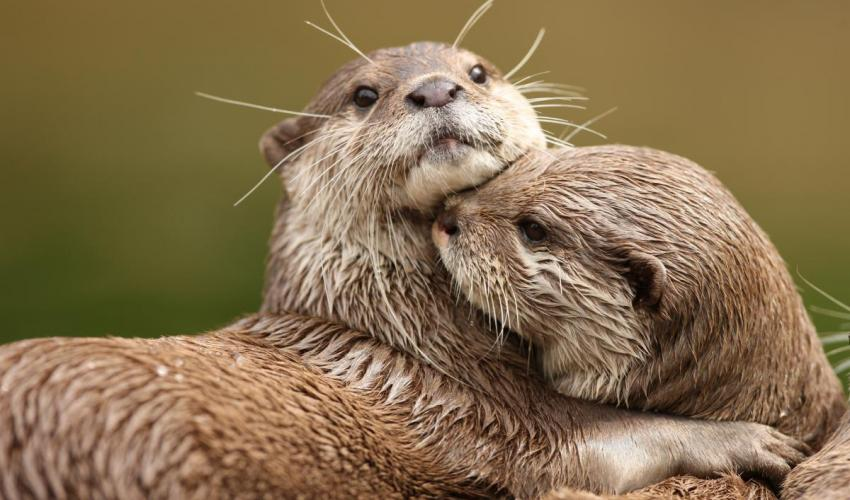 Yes, otters. Our local otter families are loved by the public here in Singapore, but they are not excluded from the illegal wildlife trade in Asia. For 2 years, about 1800 otter skins were openly on sale in Asian markets. They are especially popular in China. The most exploited are the Small-clawed Otter and the Smooth-coated Otter, leading to both being vulnerable to extinction 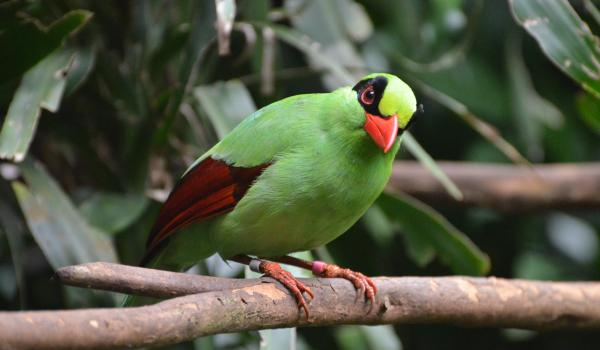 Unfortunately, birds are one of the most targeted in the Asian wildlife trade. Millions of birds from hundreds of species are traded every year. Songbirds are especially popular due to the prevalence of bird keeping in Asian cultures. Studies done by TRAFFIC showed that from 2014 to 2018, 86,000 birds were traded in Singapore, Thailand, Vietnam, and Indonesia.

Other than these mentioned above, many species of freshwater turtles and tortoises, as well as the well-known tigers and African elephants are also exploited in shocking numbers every year. With such a big variety of wildlife species being exploited and taken from their natural habitats, there are bound to be negative impacts. What are they?

The disruption of local ecosystems adds to the problems they already face due to extended habitat destruction. The scale of the threat is alarming – in the case of African elephants, 1.2 million were estimated to exist in 1980, but there are less than 420,000 remaining today.

Furthermore, this trade has had several negative impacts on us, especially in recent years. Poaching creates unnatural points of contact between wildlife and people, allowing pathogens to be passed into our societies. This is worsened when a wildlife species is handled by several people along the supply chain, usually between several countries.

This was exactly what caused the emergence of new viruses, such as viruses from the coronavirus family. The SARS coronavirus emerged from the trade of bats and small carnivores in Guangdong’s wet markets. And as you guessed, this is also what caused the COVID-19 global pandemic that we are going through now.

These viruses have the potential to cripple economies and lead to the loss of a devastating number of human lives, worsening humanitarian crises and other issues.

Check out this video – it outlines the illegal sale of ivory in Singapore’s markets and the methods used to get ivory past checks by authorities.

In Singapore, the illegal trade that occurs is largely covered under a veil. However, there is a shocking number and variety of species that are traded here. Birds, ivory, rhino horns, live reptiles and skins, pangolins, freshwater turtles and tortoises, Saiga horns, and bear bile are the key products being traded or sold here in Singapore. In the case of birds, there were about 14,000 in Singapore’s local markets in 2015. Singapore is also largely responsible for the re-exportation of products imported from Indonesia, Malaysia and Vietnam.

Thus, Singapore is essential to any efforts made to stop illegal wildlife trade in Southeast Asia.

What can we do?

Although we are unable to make changes to laws and regulations, there are still some things we can do to stop the trade in Singapore, and support anti-trafficking organisations.

If you observe any illegal wildlife trade activities, report it to the following authorities:

Additionally, you may continue to learn more to increase your individual awareness about illegal wildlife trade in Asia and beyond, from sites such as TRAFFIC, Globalteer, WWF, WCS and share this information with your friends and family to spread awareness. You may also consider donating to these organisations to show your support and contribute to the work they do to stop illegal wildlife trade.